Log in to see your saved listings or edit your searches:

No account? Sign up now to save searches, listings, and get tailored listing notifications. It's free, opt-out anytime.

Rick Theriault- Your Maine Real Estate Guide is thinking ahead! Getting that wood shed full before the snow flies. He explains some of the science behind a good quality firewood. Plus he gets to play on his Kubota tractor, so there's an added bonus.

Its a bad day to be a drone! The good news is Rick Theriault-Your Maine Real Estate Guide is here to educate and entertain us on the ins and outs of bee keeping.

Relocating a new group of bees after a swarm. Cool stuff shown by Rick Theriault- Your Maine Real Estate Guide

Rick Theriault checks out the activity surrounding his bee hives. One didn't survive the winter, but the other two are thriving and bringing in their first run of pollen for the season. Beekeeping update.

I know it doesn’t quite look like spring is here yet in many areas of Maine, but we know it is coming. For some, spring brings with-it pent-up demand to get outside and recreate. Here are some ideas for recreating in early spring.

Spring time hiking offers the reward of uncrowded trails, views not available when the leaves are on and wildlife sightings from unpressured animals. In many places you will need to bring a variety of foot wear possibly including snowshoes. North facing slopes of mountain trails can be a nice challenge, just be prepared for the ice and snow. 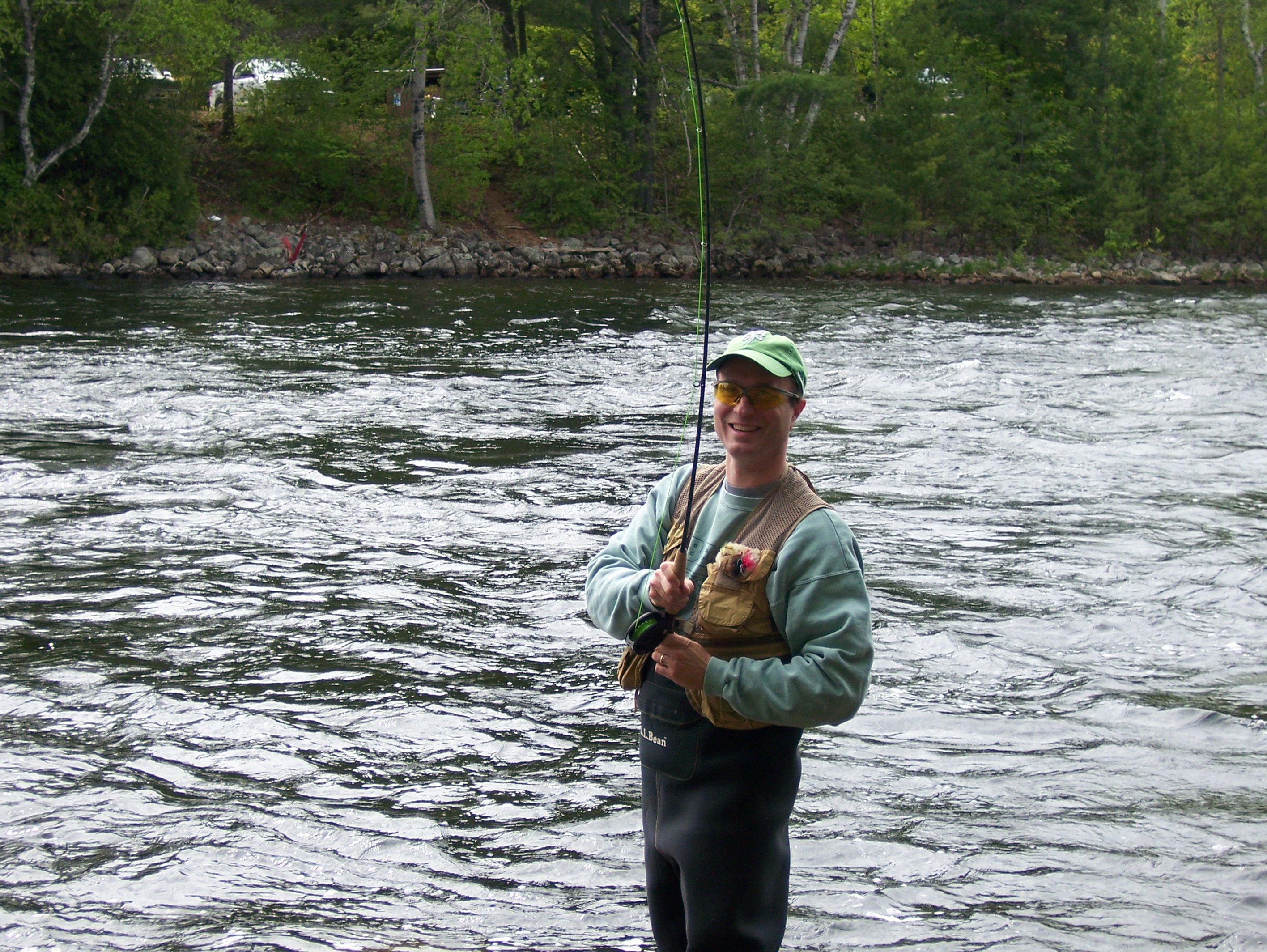 Yes, it is still cold and most of our lakes remain covered in feet of ice, but some of our rivers and streams are open and produce good fishing. In eastern Maine you can try your luck at Grand Lake Stream for landlocked salmon and brook trout. Just south of Baxter State Park the West Branch of the Penobscot River is fishable, though I recommend you watch the weather forecast and pick a nice day. It can turn winter like this close to Mount Katahdin. Most anglers this early in the season concentrate their efforts in Nesourdnahunk Deadwater for salmon and trout. Be sure to check the rules before you head out on an outing at this link to open water fishing regulations.

While most of the world is starting to bloom in mid to late March, far northern Maine is still heavily covered in snow and for those still in need of a snowmobiling fix, the Fort Kent area should be on your radar. The trails can vary in quality depending on the weather, but for those hardcore riders, long sunny days and no crowds can make it worth the effort. 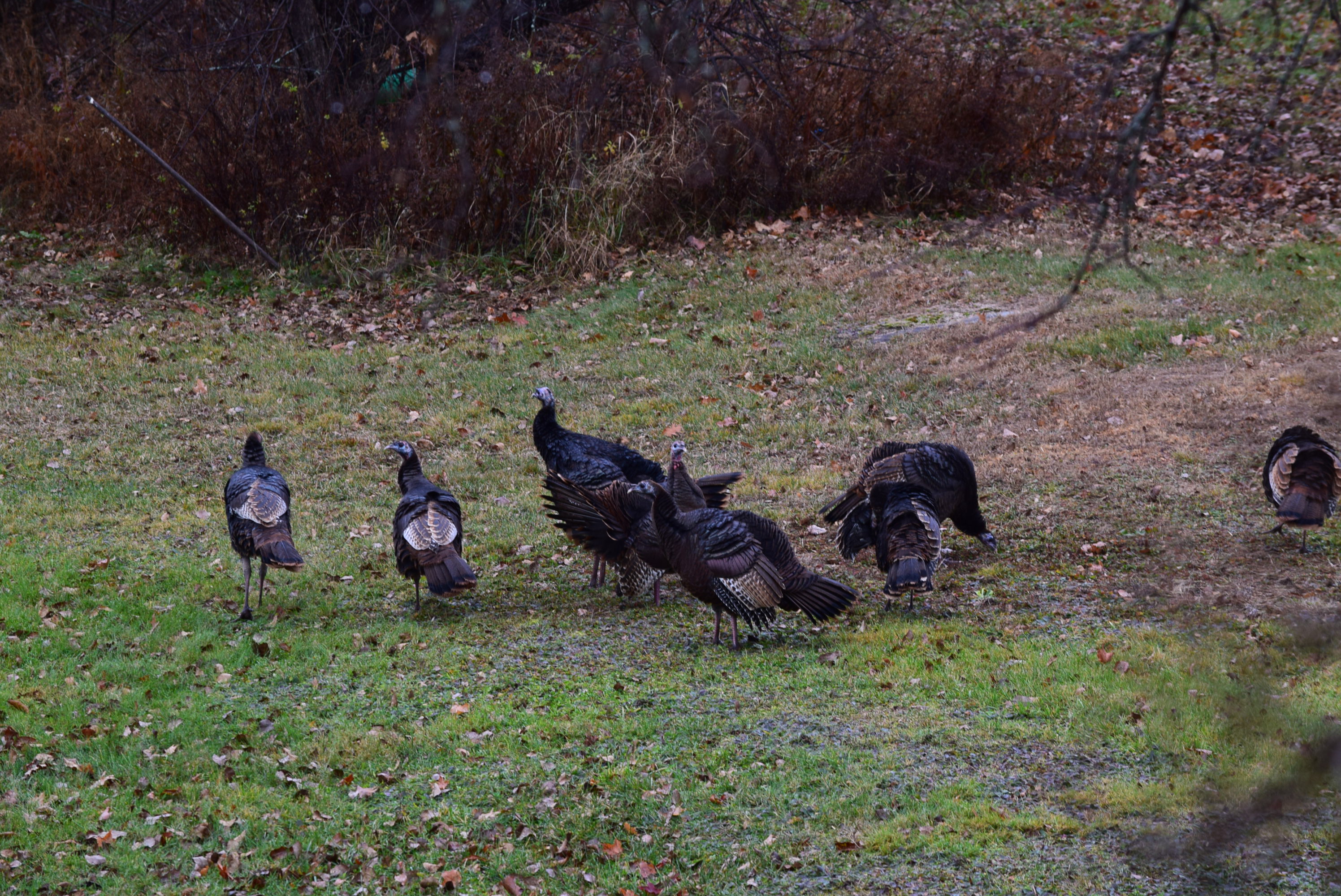 For those that like calling in a gobbler the spring turkey season opens April 29th in WMD’s 7 – 29. The season for WMD’s 1-6 have special season and dates see this link to Maine IF&W site for all the details. Follow this link to the MIFW information on spring turkey hunting. 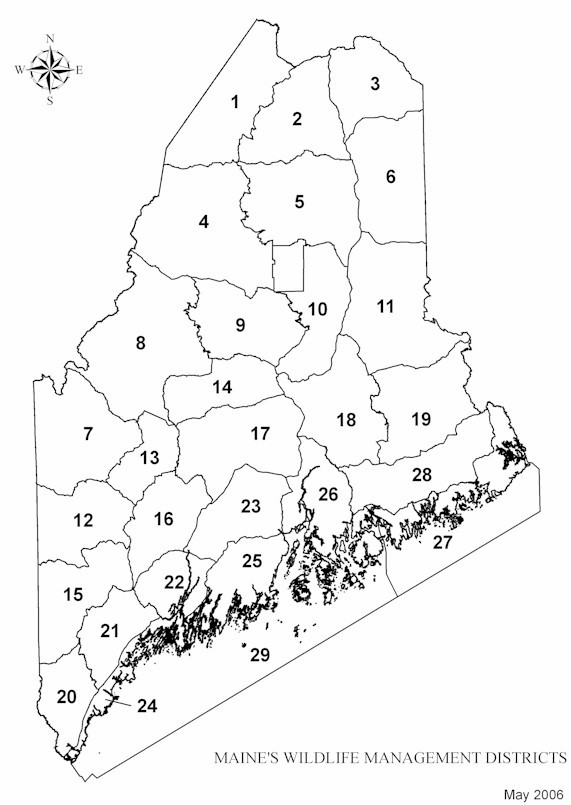 Collecting sap from maple trees on your property can be an early spring activity with a sweet reward. Here are links to a two-part video by our own Rick Theriault, the Maine Real Estate Guide, showing the entire process.

Rick Theriault- Your Maine Real Estate Guide is back with another update on his honey bees. After a long winter its time for them to get out, stretch their wings and cleanse their tiny bodies. In the next few weeks they should start feeding on the same maple trees he has been making his maple syrup

The sap has been gathered and its time to boil some syrup!

Pro Tips:
* Don't boil syrup start to finish in your home you will turn it into a sauna!
* Filter your sap- no one wants bark on their pancakes!
* Temperature matters- an end temp of about 220 degrees is ideal.
* Remember the 40-1 ratio: 40 quarts of sap = about 1 quart of syrup
* Always keep some ice cream on hand (This one might be the most important)

Did you know 40 gallons of sap to yield 1 gallon of syrup? Rick Theriault- Your Maine Real Estate Guide starts a video series about tapping maple trees for syrup in northern Maine.

Here are the steps covered in this first in the series:

Step 3. Collect the sap in a bucket

Stay tuned for the next installment!

I am writing this post from the Realtors Land Institute National Land Conference in Albuquerque NM. This annual conference is attended by about 500 of the top land agents across America.  During the three-day conference we network with other land professionals and attend lectures by national economists, political analysts, scientists and other experts speaking on a wide array of topics related to land use and sales.

Economist Dr. Mark Dotzour shared his opinion that the US economy will continue to do well in the coming year. His analysis of current trends and historical data do not point towards a looming recession, as some of the national media have been touting. His advice to shut off your CNN and Fox News feed, which he feels is pure propaganda, was well received by attendees. Indicators such as a consumer confidence index at an 18-year high, a 3.5% wage increase nationwide in 2018, over 7 million open jobs in the US, low oil prices and low interest rates should keep the national land market up for 2019. Expect interest rates to creep up a little bit this year. The fed will look to make some room to drop rates when the next recession comes. At the current rates there is not much room to drop

A land use gaining momentum in the western and southeastern US, which I believe will become a larger niche market in Maine, is “glamping”. Glamping is roughly defined as glamourous camping utilizing extravagant canvas tents, tree houses, and other unique structures. Cost per night stays range from $100 to more than $300. I spoke to several western ALC’s whose clients have purchased property to develop this niche business. Be careful investing in this in heavily regulated areas of the state, Colorado towns have started to zone the use out as undesirable.

By 2020 the millennials will become the nation’s largest demographic. Many in this group are saddled with a lot of debt and are still living at home, however, about 19% of them live in their own home. Millennials are beginning to consider land as an investment that doubles for recreation. I have personally sold land in the past year to this group. They do not have the knowledge about land investing that was more common in Gen Xers passed on by their baby boomer parents, but they are intelligent buyers eager to learn more about the investment side of land. Expect to see more Maine land purchased by this group in 2019.

The hot topic in land this year is industrial hemp because the new farm bill legalized the growing of cannabis plants containing less than .3% THC. This level is where the federal governments differentiates between marijuana and hemp. CBD oil derived from hemp is the most profitable product to date. CDB oil has not been approved by the FDA, however consumers believe it relieves a host of ailments, including insomnia, anxiety, chronic pain and post-traumatic stress disorder.

Agricultural economist Dr. Terry Barr, spoke about a wide variety of topics. Top of his list is China’s slowing growth to about 6%. Overall worldwide growth rates are also slowing, with most increases in growth now coming from unadvanced countries. A strengthening US dollar taking buying power away from other countries will mean that US commodities will not do as well. He expects that US economy to grow more moderately than it has historically. New housing is being built strictly on demand as most spec builders are gone after the last big recession. He expects that residential housing markets will remain steady as they go.

Despite predictions of slowing world growth, at our brokerage we have seen an increase in the number of requests for winter land showings and contracts written over the previous winter. Overall Maine land sales have slowed a little but most of that I believe is due to overall lower inventories of parcels. The hunting and recreational market is strong. We have many buyers looking for cabins and homes on 40+ acres. There has also been a high demand for agricultural properties. Timberland interest has also picked up. If you are considering a sale of your land give us a call to see what the current market values are in your area.

Rick Theriault and I worked for more than six months to find the best property based on my desires – acreage for hunting , a year round cabin and waterfront or access to it. We had one early on but it was a seven of ten.  Rick helped coordinate the bid and negotiations but it wasn’t meant to happen and I wasn’t disappointed.  Rick explored opportunities in a wider arc and did not fail to suggest things to look at.  IN July a new listing came up on Lake Chesuncook that was promising although a six hour drive from my house.  Rick checked it out and I agreed to visit.  It was priced higher than we felt it was worth, but as I’ve heard from your office, “nothing happens without an offer”.  We went back and forth and settled on a deal including contents about 20% less than listed price.  Rick was instrumental in working through the intricacies and personalities of the parties involved.  Particularly helpful researching access past Caribou check point and restrictions related to the North Woods.  Given the driving distance he visited the site to make sure things were as promised. Rick is great for the person looking for the hunter’s paradise or off the grid location.  He is a solar and wind energy expert, former bear and moose guide as well.